Milwaukee Reentry Council and the Smart Reentry Program Mission: To Reduce Recidivism in Milwaukee by 50% within Five Years

Milwaukee’s disadvantaged neighborhoods have been plagued by mass incarceration, gun violence, and high rates of recidivism. But the Milwaukee Reentry Council, which is facilitated by the Public Policy Institute and is a subcommittee of the Milwaukee Community Justice Council has taken on a lofty goal: To cut recidivism in half within five years among high-risk ex-offenders returning to one of Milwaukee’s toughest neighborhoods. 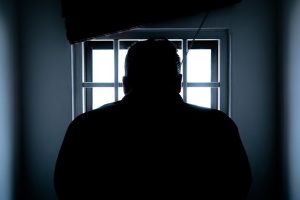 In partnership with allied federal, state, and local government agencies and community organizations, the Milwaukee Reentry Council focuses on preventing violence and increasing the prosperity in the Center Street Corridor, the epicenter of firearm violence in Milwaukee. Roughly 44% of all of the non-fatal shootings and 36% of all homicides in the City of Milwaukee were concentrated in the area immediately surrounding the corridor.

The Milwaukee Reentry Council, as part of the Wisconsin Department of Justice’s Smart Reentry Program with funding from a three-year US Department of Justice’s Bureau of Justice Assistance Smart Reentry Grant, is beginning to work with 80 medium- to high-risk 18-26 year-old men, primarily African American, who are currently incarcerated and will be returning to the Center Street Corridor upon their release.

Realizing that these men have experienced trauma and likely lack the skills they need to obtain steady employment, resolve personal conflicts, and believe in their own success, the Milwaukee Reentry Council seeks to support their quest to live peace-filled lives in Milwaukee and never return to incarceration.

Core members of the Milwaukee Reentry Council include:

Overall, the Smart Reentry Program’s goal is to provide support to ex-offenders during a very vulnerable time in their lives: the months leading up their release from incarceration as well as the year after they return to the community. 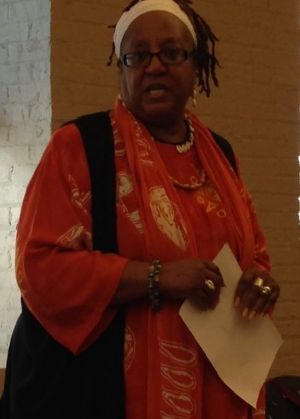 Peer guides from the Alma Center work with the men at high risk of reoffending during their final 12 months of incarceration to remove barriers to success before their release. These guides, all of whom have successfully reentered the community from incarceration, will use evidence-based, trauma-informed practices aimed at healing the entire person. 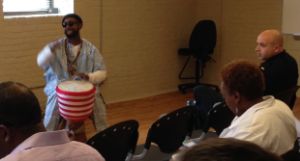 Upon their return to Milwaukee, the men participate in the Walk of Truth and a Welcome Home Ceremony, facilitated by the Alma Center, to provide a healing ceremony and accountability check-in as they begin their new lives. The Welcome Home Ceremony seeks to erase the stigma and isolation men feel when returning home from incarceration. Instead of being pushed away and ostracized, the community members let the men know they are forgiven for their past misdeeds and are surrounded by a community that sincerely wants them to succeed. Each man also receives a letter from law enforcement detailing the consequences they could expect if they broke the law again.

In addition, the men will be able to access employment services from Employ Milwaukee, as well as educational and vocational training if necessary.

The Milwaukee Reentry Council meets monthly and encourages interested members of the public to attend and become engaged in reducing recidivism in Milwaukee by 50%.

Want to learn more about the Milwaukee Reentry Council? Contact Conor Williams at 262-442-4646 or cwilliams@communityadvocates.net.