Spotlight On: Real-ationships in Moody Park 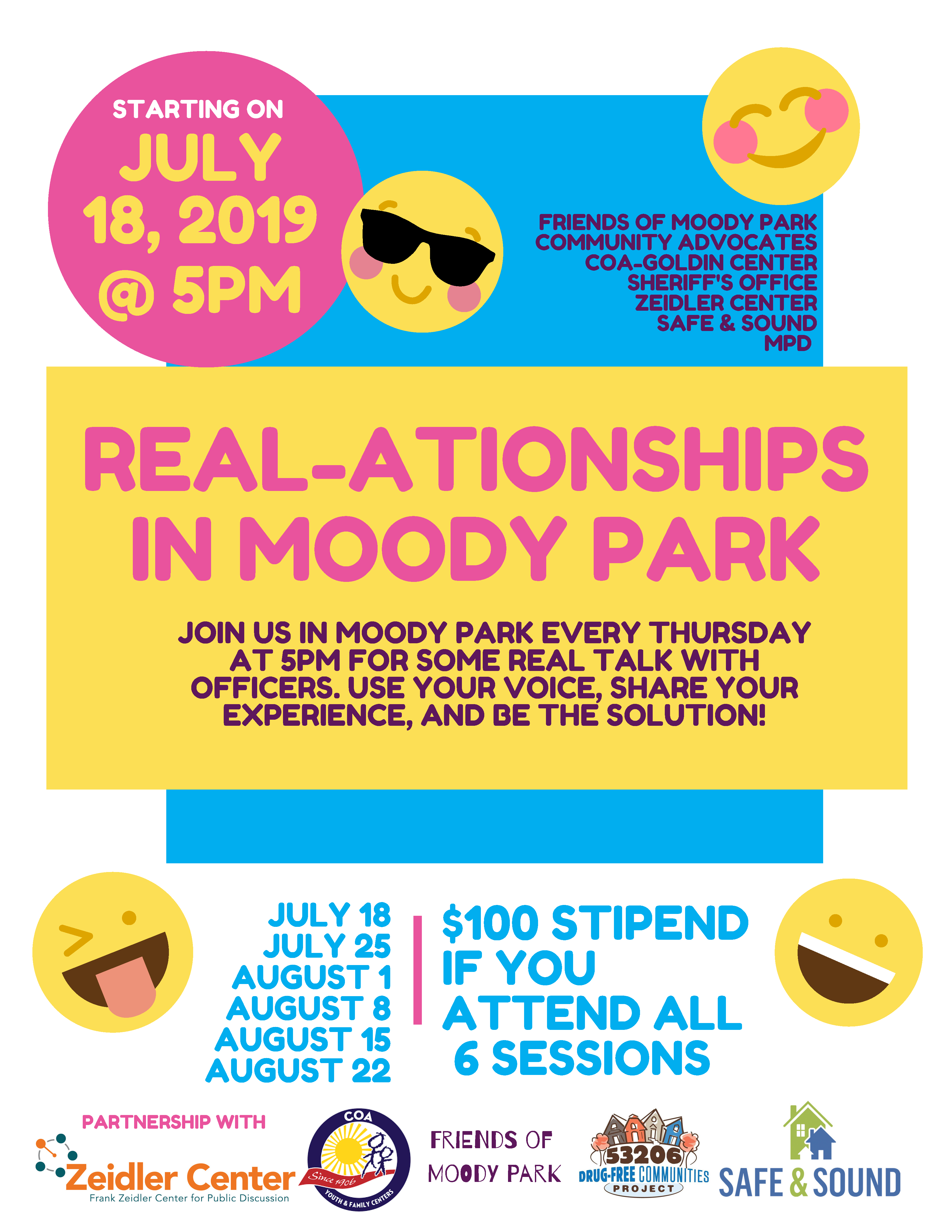 It’s easy to point fingers when tensions simmer in the parks during the summertime. Either the young people are too rowdy, or “outsiders” are making people feel unsafe, or the police are coming down too hard on visitors who are just trying to blow off a little steam.

Too often, these assumptions can lead to long-lasting tension and stalemate, which is precisely what community stakeholders in the Amani neighborhood’s Moody Park did not want to happen. Instead, they are creating opportunities for young people and law enforcement to discuss what’s happening in the park and see each other as human beings, not rivals.

“We wanted to create a safe space for conversations and to combat stereotypes,” explained Amanda Clark, Coordinator of the 53206 Drug-Free Communities Project housed at Community Advocates Public Policy Institute.

Over six weeks, 21 young people ages 12 to 24 plus law enforcement (in plainclothes) will get to know each other, role play, dig into stereotypes, play kickball, bond over hair cutting and styling, and share meals together. The young people who attend all six sessions will receive a $100 gift card at the Beyond the Book Bag event on August 22.

The young people were recruited from the park itself, some of whom proved to be leaders who worked on the planning sessions.

“We wanted them to know they have influence, they have power,” Clark said. “So maybe if they see something negative happen in the park, they won’t let their friends get involved. They’ll encourage them to do something else.”

She said the first two sessions have already started chipping away at stereotypes. Many of the young people feel the officers just patrol the park and have no connection to the community. But, Clark said, a number of the officers said they take their kids to the park when they’re off duty and want to enjoy the park as well.

She said she was interested in doing some substance abuse prevention work with the young people who are interested in drugs. “I want to see what’s on their mind,” she said.