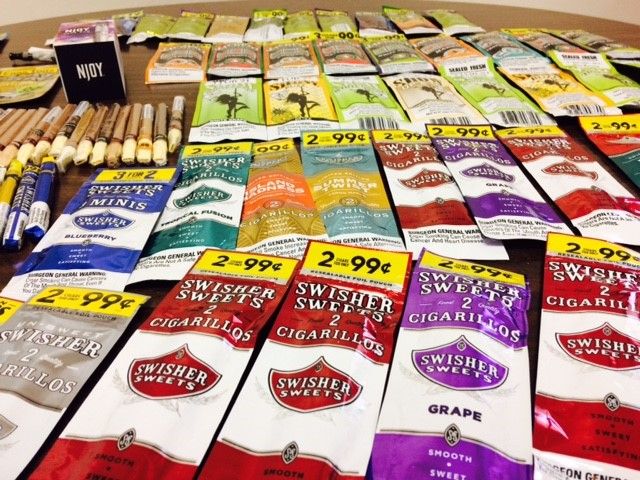 One in four tobacco retailers in the City of Milwaukee sold tobacco or nicotine products to underage youth during 2018 compliance checks, according to newly released data from Wisconsin Wins. During the Wisconsin Wins compliance checks, minors attempt to purchase tobacco or nicotine products, including cheap, flavored cigarillos, cigarettes, e-cigarettes, or single cigarettes. If they are successful, a Milwaukee police officer working with the minors writes a ticket on the spot or retailers can choose to sign up for the MARTS program (Milwaukee Achieving Responsible Tobacco Sales) to avoid citation.

98% of the products purchased were cheap, flavored cigarillos. This type of tobacco product enjoys a lower tax rate than traditional cigarettes while still packing the same punch as a pack of cigarettes.  Cigarillos, which are high in nicotine content, are typically sold in packs of two and often cost 99 cents per pack, whereas a traditional pack of twenty cigarettes costs around $8, including the Wisconsin state tobacco tax of $2.52 per pack. 2018 was the first year that single cigarette (loosies) and e-cigarette purchase attempts were made.  E-cigarettes are currently not taxed in Wisconsin. Single cigarette sales are illegal, yet still common in Milwaukee’s central city.

Dig Into the Details: Learn more about WI Wins compliance checks in 2018

Completed Sales out of Attempted Purchases for Each Product

Despite the increase in sales overall, over 4 in 5 (81%) of retailers checked ID before a transaction.

To learn more about the City of Milwaukee Tobacco-Free Alliance or the Wisconsin Wins compliance checks, contact Anneke Mohr at amohr@communityadvocates.net or 414-270-2948.