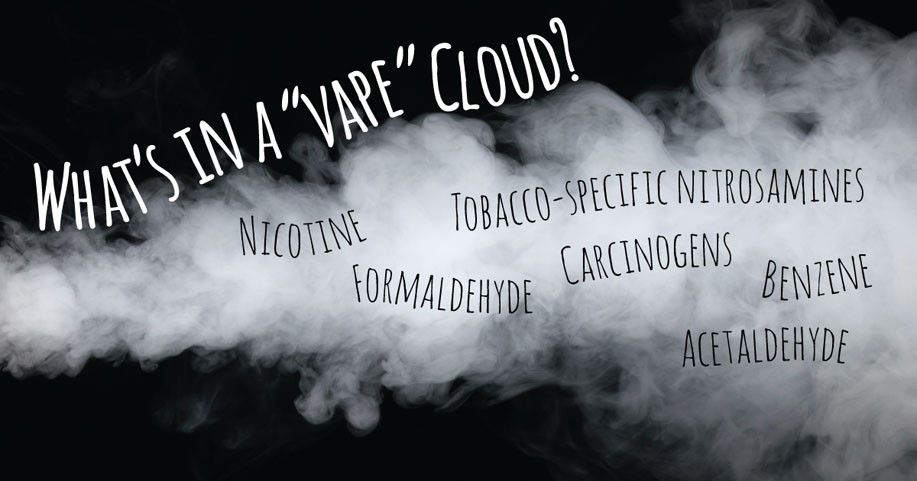 Every smoker can tell you how difficult it is to quit their addiction to nicotine. In fact, most smokers attempt multiple times to quit before they're successful, but their chances improve, and their withdrawal symptoms are less severe, if they use nicotine replacement therapy (NRT) such as patches, lozenges, or gum, or one of two approved medications.

"It takes most people six or seven quit attempts before they are successful," said Allison Gorrilla, outreach coordinator with the University of Wisconsin Center for Tobacco Research and Intervention, which operates the Wisconsin Quitline. "Nevertheless, it is possible to quit smoking. It's difficult, but millions of people have done it successfully."

But how can smokers increase their odds of quitting successfully? Is relying on traditional nicotine replacement products truly the best route to success?

That's the debate flaring up in the wake of a recent UK study, which found that, when paired with behavioral therapy, more study participants quit traditional cigarettes if they used e-cigarettes than those who relied on nicotine replacement products, such as gum or patches. The study also raises questions about the safety of the nicotine in e-cigarettes, especially among youth, who are drawn in by the fruit and candy flavors and youth-friendly marketing. In addition to safety concerns for the user, there are health concerns related to secondhand exposure of e-cigarettes, as the aerosol they emit can contain nicotine, carcinogens, heavy metals, and other toxins harmful to those with asthma or other respiratory health issues.

While study participants who used e-cigarettes were more likely to quit traditional cigarettes, a whopping 8 in 10 were still vaping and addicted to nicotine a year later. In contrast, just 1 in 10 of those who quit smoking with traditional nicotine replacement products were still using those products after a year. The study did not include prescription medications Varenicline (Chantix) or Bupropion SR (Zyban).

Although the FDA has had regulatory authority of tobacco products since 2009 through the Family Smoking Prevention and Tobacco Control Act, they have only recently started to regulate e-cigarettes through updated deeming regulations in 2016.  E-cigarettes were on the market for over 10 years before the FDA finally required a warning label indicating that they contain nicotine just last year. Alongside its Comprehensive Plan for Tobacco and Nicotine Regulation, which is reviewing the safety of e-cigarettes, the agency recently called youth vaping an "epidemic" and announced plans to prevent flavored tobacco and e-cigarettes from being sold to young people.

"It's definitely encouraging to see evidence that vaping may help adults quit smoking. Cigarette smoking remains a major issue, contributing to hundreds of thousands of premature deaths every year in the U.S.," notes Linnea Laestadius of the University of Wisconsin-Milwaukee Zilber School of Public Health. "That said, the healthiest option is always going to be quitting nicotine entirely and there is still little research on how to support people, particularly adolescents, who want to quit vaping nicotine."

New data from the Wisconsin High School Youth Tobacco Survey shows that e-cigarette use continues to rise among teens, on par with national trends. In fact, e-cigarette use among Wisconsin high school students has nearly tripled since 2014, with over 20% reporting current use. Nearly 90% of Wisconsin teens say they would not use tobacco or nicotine products if they were not flavored. This raises a perplexing question for schools and parents: how to help a new generation of nicotine-addicted teens quit the habit when current treatments are only approved for those 18 and older. The Truth Campaign, a nationwide advocacy group, has offered one solution: a texting program called This is Quitting. To join, e-cigarette users and parents can text QUIT to 202-804-9884.  Additional resources for teens include the American Lung Association’s teen smoking prevention program N-O-T and the website smokefreeteen.

"The only way to prevent a new generation of nicotine-addicted youth is for the FDA to follow through on their promise to prevent the sale of flavored products to youth. Unless we continue raise our voices, we will not see a change in the rising rates of nicotine addiction," notes Anneke Mohr, coordinator of the City of Milwaukee Tobacco-Free Alliance.