A Summer with the City of Milwaukee Tobacco-Free Alliance: Unlearning Racism while Observing it through Tobacco Retail Practices 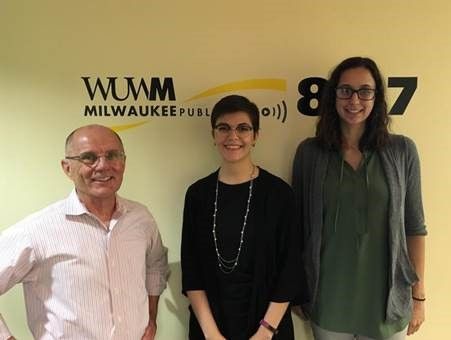 For plenty of white people, it’s been easy to turn a blind eye to problems that they don’t experience personally, like racism or discrimination. But with a new story coming out practically every week about a white person calling the cops on a black person doing something harmless (and with police responses ranging from compassionate to lethal, and everything in between), it’s getting harder for that eye to stay blind. The evidence is all around us, playing out on cell phone videos, shared from cities across the country.

But it’s not just overt instances of interpersonal racism between individuals. There’s a growing awareness of the less obvious forms of institutional racism (racism that effects people at a societal level), like neighborhood segregation, access to healthy food, and the wealth gap.

What can any one individual do in the face of all this? Just wait for the overt racists to go away on their own? Do we start yelling at friends and coworkers when we think they say something insensitive? How do we even begin to address institutional racism? A problem this big can leave you frozen in place, unable to take a step in any direction.

Enter the YWCA Southeast Wisconsin. Operating in Milwaukee and Racine, the YWCA Southeast Wisconsin is an organization dedicated to “eliminating racism [and] empowering women.” They work toward this goal with a course called Unlearning Racism: Tools for Action, a six-session course that meets every other week (in the spring and fall). It defines terms that get used a lot, like structural racism, microaggressions, internalized racism, and whiteness and white supremacy. It provides a history lesson of how racism first took root in the United States, how it changed its shape over the decades to fit with the times, and what the lasting impact of that racism has been. The course facilitators know the importance of discussing these topics and are ready to ask and answer questions. There’s plenty of time to talk openly within small and large groups. You’ll receive feedback and hear the perspectives of others that many of us struggle to find in our personal circles. Confusion is expected, and questions are welcomed.

My experience with Unlearning Racism complemented the anti-racism learning I’ve been doing on my own time. Some of the information was new to me, like videos and articles about the history of racism in the United States. Some information was familiar but was presented in a new way, like videos of people who, in the mid-20th century, experienced new racism in their own changing neighborhoods. The emphasis on discussion (large group, small group, and one-on-one) meant that even if the day’s educational material was familiar to me, I would hear someone else’s thoughts, someone from the Milwaukee community who can tell me things I didn’t know before. Participants in the course I took included educators, administrators, artists, financial specialists, community organizers and more. They all had something to share about how they saw racism, however small or large, manifest itself in their workplaces or lives. A number of the people of color who participated shared their own experiences with racism and discrimination. Hearing those stories was interesting because it was coming from someone who was directly impacted here in our own city rather than reading a stranger’s story online, and because many of the people of color in the room had similar experiences. It was eye-opening to realize that something so personal is also so universal to many people in the U.S., but I as a white person have the privilege of being oblivious to it.

The history lesson we received in the second week served as a reminder that certain industries and academic fields have significant amounts of racism in their history. My background is in anthropology. The motivation of many anthropologists long ago, including those considered its founders, was to examine the races and find scientific proof of white superiority. That work continued into the early 1900s. It’s a history that anthropologists must keep in mind today, in terms of research and teaching, as it’s easy to fall back down old paths. Medicine worked alongside anthropology to attempt to scientifically prove black inferiority, and the medical field historically treated black populations like lab mice. Experimentation on people of color is exemplified in the Tuskegee syphilis experiment, in which hundreds of black men in Alabama were told they were receiving free medical care. Many of the men in the study had already contracted syphilis, but the doctors didn’t tell them and didn’t treat the disease because the researchers wanted to observe the progression of the disease when left untreated. The experiment was conducted by the United States Public Health Service and lasted for four decades, until 1972.

Even the social sciences like linguistics contributed to racism and discrimination. Think about what is considered to be proper vs. improper English, who speaks which type, and why one dialect is considered better than the other.

These arenas historically worked to create (and justify) racial hierarchies with white people always at the top. The impacts of those efforts didn’t just go away with the end of slavery, the end of Jim Crow, or with the Civil Rights movement. They have persisted and had a heavy hand in shaping how communities are color are viewed. Those preconceived notions must be interrogated, including those in the field you find yourself working in or studying. It may be worthwhile to explore the history of your field and if it has done anything to contribute to today’s inequities.

My public health studies have shown me examples of various kinds of racism through the perspective of health and illness, such as how the house someone grows up in affects their health, and who’s more likely to live in high-quality housing vs. low-quality housing (to give just one example).

Through my internship with the City of Milwaukee Tobacco-Free Alliance, I have learned ways to document instances of neighborhood segregation through the Wisconsin Retail Assessment Project (WRAP). Over the summer, I visited numerous stores throughout the city to look at which tobacco products are sold; how they’re advertised, displayed, and promoted; and how tobacco retailer density varies across different Milwaukee neighborhoods. I saw firsthand how neighborhood racial segregation is directly tied to industry targeting. This unequal advertising translates into higher smoking rates: Wisconsin has the highest African American smoking rate in the country. That in turn leads not just to health disparities(differences in health outcomes between groups), but health inequities (which are preventable, unfair differences in health outcomes).

“Ending racism” is a big task, seemingly impossible. Another big task is learning about racism and your own subconscious biases. It’s a very uncomfortable process for a lot of people, particularly white people. It means questioning things your parents might have taught you when you were young, like crossing the street to avoid a group of black men, even though your parents are nice people. It means looking around the table at a staff meeting and noticing a lack of diversity. It makes you wonder if you’ve ever acted on a subconscious racial bias, if someone out there thinks you’re racist, or if you’ve added to those institutional forces that affect communities of color. It can make a person feel implicated or guilty to realize those things. At some point, everyone who participated in the Unlearning Racism course felt uncomfortable, confused, defensive, or frustrated for those very reasons. Society tells us not to talk about racism: humans would rather just get along and we (mostly white people) tend to believe racism is all in the past. Taking a class that is dedicated to talking about racism is going to feel awkward to say the least. But if we don’t identify these habits in ourselves and others, how can we expect to improve things?

If you’re looking for a starting point to begin identifying subconscious biases and know how to address racism as it shows up in your life, below are some introductory materials. The links are to articles that define some core words/phrases and larger concepts. There’s slight overlap between them but they’re easy to understand and can help explain why and how people are talking about race in 2018.

-Why I Teach a Course Called "White Racism" by Ted Thornhill

If you’re ready to start addressing institutional racism, these articles and resources can provide some ideas and insight:

-Levels of Racism: A Theoretic Framework and a Gardener’s Tale by Dr. Camara Jones

These resources can help you get past the frozen feeling of taking on racism, and feel more informed and prepared to speak up or take action.