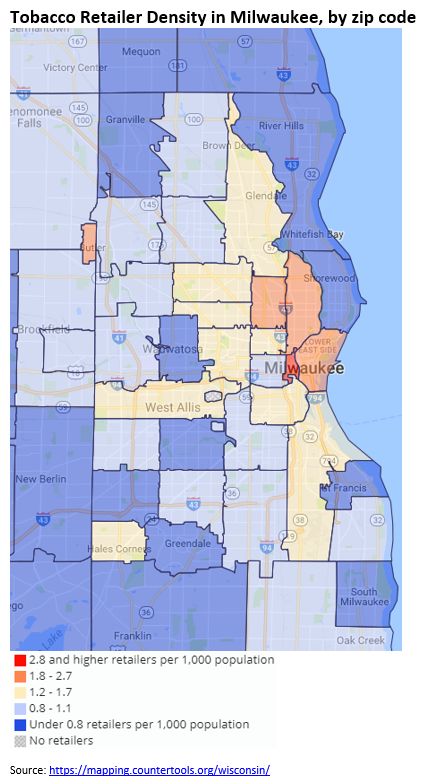 The Food and Drug Administration (FDA) has launched a new marketing campaign called “Every Try Counts” that encourages smokers to keep trying to quit with ads placed where people may be most tempted to continue the habit – at gas stations and convenience stores. Milwaukee is one of 35 markets across the US that will have print, radio, digital, and billboard ads.

This campaign’s strategy of reaching people at the point of sale will help provide extra motivation to people who may want to quit but are constantly surrounded by tobacco advertising and sales. As tobacco advertising has been restricted on TV and billboards, tobacco companies have directed their marketing resources to the point of sale. In Wisconsin, for every dollar we spend on tobacco prevention, the tobacco industry spends over $25 on marketing.

The campaign also includes a text messaging program with tips and challenges to help smokers maintain their motivation to quit.

Once someone makes the decision to quit, they’re more likely to succeed if they make a quit plan and use the Wisconsin Quitline at 1-800-QUIT-NOW or talk to their healthcare provider to get coaching and use one of the seven FDA-approved cessation methods, including the nicotine patch, gum, lozenge, nasal spray or inhaler and prescription medications Varenicline (also known as Chantix) and Bupropion (also known as Wellbutrin or Zyban).

As we approach the New Year, we hope that this will help inspire people to set a New Year’s resolution to quit smoking and provide that extra motivation to seek out support through the Quitline or a healthcare provider and keep on trying. This along with along local initiatives that promote tobacco-free living like the Smoke-Free Homes for Strong Babies campaign and the smoke-free public housing ruling that will go in effect in July can help us have a healthier city and a healthier future.