Spotlight On: Place Matters for Tobacco 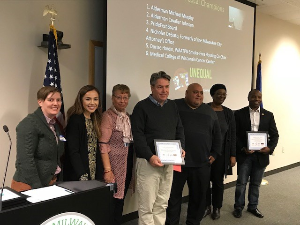 That’s the assessment of smoke-free advocates who presented their work to local and state leaders on November 17 as part of the "Unequal Killer: A Legislative Breakfast," sponsored by the Medical College of Wisconsin Cancer Center. Place matters not only for tobacco marketing and access, but it matters, too, for how we can implement solutions to the problem.

At "Unequal Killer," smoke-free advocates spoke about their successes in 2018, recognized local champions, and heard responses from elected officials. FACT youth advocates also led the group to promise "not in my community" when presented with facts about tobacco.

Throughout 2018, advocates confirmed that place matters especially for young people, communities of color, low-income individuals, and the LGBTQ+ community, because they are more likely to be exposed to cigarettes, e-cigarettes, and cheap cigarillos, as well as their advertising, and therefore disproportionately bear the burden of tobacco and nicotine addiction and exposure.

"Having concrete evidence of what we have suspected -- that tobacco companies prey on communities of color and youth -- is a rallying call for us all to take action. We can no longer accept what we cannot change. We must change what we cannot accept," said Anneke Mohr, City of Milwaukee Tobacco-Free Alliance Coordinator.

In a landmark initiative, in 2016 and 2017 the Milwaukee Collaborative Project surveyed 264 retailers in three Milwaukee zip code clusters to study the prevalence of various tobacco products, as well as their placement and marketing within stores. 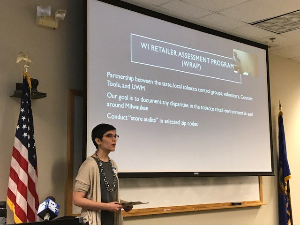 Another move by HUD will have a great impact on the health of residents of federally owned public housing. In July, all of these housing units went smoke-free, protecting 18,000 Wisconsin residents from smoke and second-hand smoke. Milwaukee resident Dorise Hardin took advantage of smoking cessation support and quit her 20-year smoking habit once and for all.

Closer to home, community organizations had many successes, including: 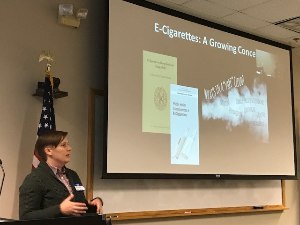 But local smoke-free advocates still face challenges posed by the massive tobacco and vaping industries. Each year, roughly $8 billion of tobacco ads and marketing attempt to hook young people, LGBTQ+ individuals, low-income individuals, and communities of color on products that are designed to addict them and, eventually, kill them.

The solutions may be linked to "place," with advocates looking at local and state policy solutions to a global health problem that disproportionately impacts low-income people, people of color, young people, and sexual and gender minorities.

For example, cigarillos, "little cigars," are typically sold in packs of two for less than a dollar, well within the budget of youth and low-income smokers. Retailers are able to charge so little because cigarillos are taxed at a very low rate in Wisconsin. The taxes could be raised at the state level, not the local level.

In addition, in Wisconsin only the state government can regulate tobacco issues related to flavors and placement of products in stores (for example, restricting the sale of menthol products or requiring products to be placed behind the counter and out of the reach of kids) due to preemption. That prevents local communities from creating their own regulations based on the wants and needs of their own residents.

What’s more, the state only funds tobacco-control programs at 10% of what the Centers for Disease Control and Prevention recommends, limiting the resources of those working to improve the health of young people and disadvantaged Wisconsinites and making it difficult to reach these individuals with smoking cessation programs.

Did you miss the Unequal Killer legislative breakfast? You can watch it on the City of Milwaukee Tobacco-Free Alliance’s Facebook page.